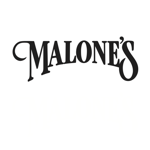 John Smith:  Played and Graduated from Glasgow High School in 1988.  Played collegiately at Berry College (NAIA) and Cleveland State Community College (JUCO).  Graduated from UK in 1993.  10 years of youth baseball coaching with the last 4 years as the Head Coach of the KBC 9-12U teams.

Robbie Buchanan:  Born  & Raised in Lexington Kentucky.  Played & Graduated from Lafayette High School and went on to play at the University Of Kentucky under Head Coach, Keith Madison.   1st Team All SEC, 2nd Team All Region during his time at UK.  Played Professionally for the Kansas City Royals and is currently an associate scout for the Los Angeles Dodgers.  Is his career he has coached from Youth – Independent Professional Baseball for the last 28 years.

Assistant: Joe Modica:  Played & Graduated from Lafayette High School.  Played & Graduated from Cumberland University (Tenn.) . 1st Team All-Conference, Conference Player Of the Year, Regional Player Of the Year, All American.  Played Professionally for the Pittsburg Pirates.  Coached Lexington Christian Academy to 1 4A State Championship and 3 All A State Titles.  Has given Baseball Lessons for 20 years.

Sean Coughlin:  Played his college ball at the University of Kentucky.  While at Kentucky, Coughlin established himself as one of the top power-hitting catchers in the college game, earning first-team All-America accolades in 2007 by the National Collegiate Baseball Writers Association. As a senior, Coughlin totaled a .344 (76-for-221) average, with 53 runs scored, 16 doubles, three triples, 13 homers and a then-school record 73 RBI. While helping UK to its first Southeastern Conference Championship in his inaugural year in Lexington in 2006, Coughlin batted .325 (66-for-203) with 13 doubles, 17 homers and 55 RBI.  13th round selection in the 2007 MLB Draft by the Diamondbacks, 2009 Arizona Diamondbacks Minor League Player of the Year.  Current assistant coach at Lexington Catholic high school.